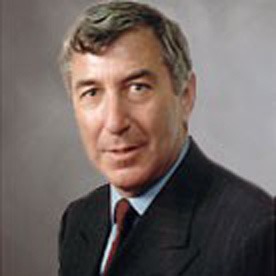 Senior Partner Ira J. Adler is the co-chair of one of the nation’s most active condominium and cooperative law departments. Mr. Adler enjoys a distinguished reputation for his work in community association law and has represented builders, developers and converters of condominium, cooperative and homeowner association developments throughout the United States, Canada and the Caribbean.

In a legal career that spans more than three decades, Mr. Adler has been involved in the growth and development of the region, both commercially and philanthropically. A Director of the New York State Builders Association, he is a Life Director of the Long Island Builders Institute and a former four-term Vice President of that organization. He is also a former Director of the Queens County Builders and Contractors Association. Mr. Adler serves as a Director of the Real Estate Institute at Stony Brook University and is a member of the Tilles Center for the Performing ArtsCouncil of Overseers. The Rehabilitation Institute named him Humanitarian of the Year in 1994, the Long Island Division of the American Cancer Society named him Man of the Year in 1995, the Tilles Center for the Performing Arts honored him with their Lifetime Achievement Award in 1998, the American Jewish Committee honored him with the Franklin H. Ornstein Humanitarian Award in 2002, and Networking Magazine honored him with the David Award in 2003.

Mr. Adler earned his Bachelor of Arts from New York University and his Juris Doctor from the New York University School of Law. In addition, he has achieved the highest professional rating by Martindale Hubbell. He is admitted to practice in the state of New York.