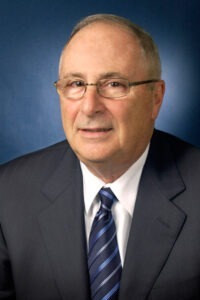 Mr. Mancini began his real estate career in 1963 earning his New York State Real Estate Broker’s license in 1965.  During that time he specialized in the sale of residential and commercial land to builders and developers.  In 1975 together with his brother Greg, he co-founded The Park Ridge Organization.  The company has since built over 3,500 homes throughout Long Island while also developing and managing retail, office and commercial properties for its own account.

Mr. Mancini is a past president and life director of the Long Island Builders Institute (LIBI); a past president of the New York State Builders Association (NYSBA) and currently serves on both boards.  He is a founder and continues to serve as a director of The Long Island Housing Partnership (LIHP) and has built several hundred affordable homes under the sponsorship of LIHP.   He is a founder and presently serves as Chairman of Long Island Home Builders Care which is the charitable arm of LIBI.

Throughout his career Mr. Mancini has been actively involved in community service.  He is a past Chairman of the Long Island YMCA and recipient of the “Service to Youth” award from that organization.  The Long Island chapter of Big Brothers & Big Sisters designated him an “Honorary Big Brother” and the Suffolk County Community College Foundation has honored him with its “Humanitarian” award for outstanding community service.  In 2004 Mr. Mancini was inducted into the New York State Builders Association “Hall of Fame” and in 2009 he was inducted into the inaugural class of the Long Island Builders Institute “Hall of Fame”.

Mr. Mancini and his wife Barbara reside in Huntington, New York.  They have two married daughters and three grandchildren.